You are here: Home / Archives for sponsored ride 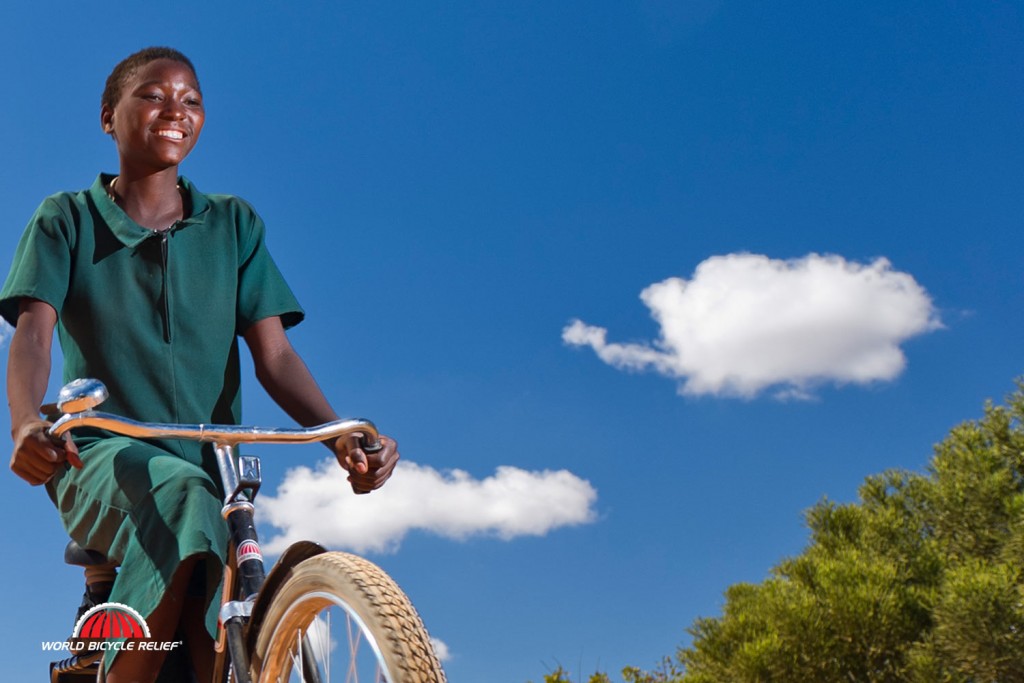 Like most cyclists I love the feeling of freedom that comes with owning a bicycle. For me bikes have always been about independence and adventure, whether that meant pushing myself around the garden on my tricycle, Sunday rides with friends to the sweet shop at Bucklebury Ford as a 12 year old or later heading off with just panniers and a map on ‘cycle until you drop’ holidays in France. So I was predisposed to like a charity with the goal of ‘mobilizing people through the Power of Bicycles’!

I was introduced to World Bicycle Relief by Emily and James at the London Bike Show. They are planning a massive bike ride from London to Cape Town, during which they hope to raise a significant amount of money for World Bicycle Relief. I am deeply envious. But my ears pricked up when Emily mentioned that the first leg, from London to Brighton, would be open to other cyclists. The only remaining question was ‘Is World Bicycle Relief the sort of charity I’d want to support?’ particularly as to do so would involve cycling up Ditchling Beacon.

World Bicycle Relief was set up in 2005 by F.K Day, co-founder of bicycle component manufacturer SRAM. Shocked by what they’d seen on the television of the 2004 Tsunami and its aftermath, he and his wife, Leah Missbach Day, travelled to Sri Lanka to see what they could do to help local relief efforts. In talking to aid groups on the ground they realised that one way to help would be to source and distribute robust bicycles to help people rebuild connections. World Bicycle Relief was born. Since 2005 WBR has continued to develop its approach, with projects in a range of African countries. A total of 247,347 bikes have been distributed, enabling students to get to school, health workers to see more patients and local businesses to carry more goods to more people. it has also trained 100s of mechanics to help keep the bikes on the road.

When boiled down, there are three reasons I like World Bicycle Relief. They:

Focus on what a bike can do: A bike can be a vehicle for so many things. What is inspiring about World Bicycle Relief is the emphasis it places on what a bike can help people achieve, be that access to education, provision of health care or growing local enterprises.

Understand that bikes need to be fit for purpose: A lot of standard bikes sold in Africa are not only expensive but don’t last very long. World Bicycle Relief developed a bicycle that was engineered specifically for rural African terrain and load requirements. The Buffalo bike is designed, tested and assembled in Africa with close attention to end-user feedback and rigorous quality control.

Are committed to making a difference: World Bicycle Relief is not just about distributing free bikes, although that is part of what it does. The bikes are locally assembled, and there is a growing network of trained mechanics to keep them on the road. Some are distributed free, but there are also micro finance schemes to enable those that aren’t eligible for the free bikes to buy their own. Plus World Bicycle Relief take care to understand and communicate their impact. http://www.uk.worldbicyclerelief.org/our-story/impact If you fancy sponsoring me for the ride from London to Brighton, then please head on over to my fundraising page on the World Bicycle Relief website. Costs of organisation are already covered, so any donations will go direct to World Bicycle Relief. Ideally I’d like to raise £300. That is the equivalent of just over three Buffalo bikes. Hope you can help. Finally, in rummaging around for photos to illustrate this post I came across a couple of photos that capture a particular era. This is one of my favourites. The Ducker family modelling a cacophony of early ‘70s patterned fabrics.  Too good not to share!